AP McCoy is crowned Champion of Champions at the Curragh 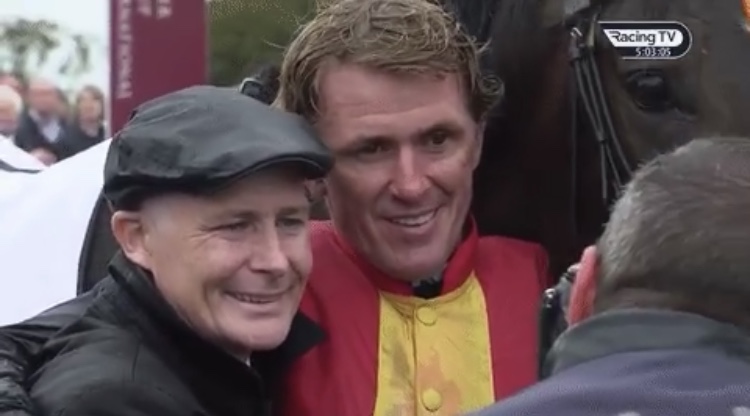 Sir Anthony McCoy returned to the saddle to ride a winner on Quizical in the Pat Smullen Champions Race For Cancer Trials Ireland. The 45 year old saw off all former Champions from both codes, including Ruby Walsh, to win a thrilling race at the Curragh. The charity race has received huge backing and an incredible 2.5 million Euro has so far been raised for Pat’s charity.