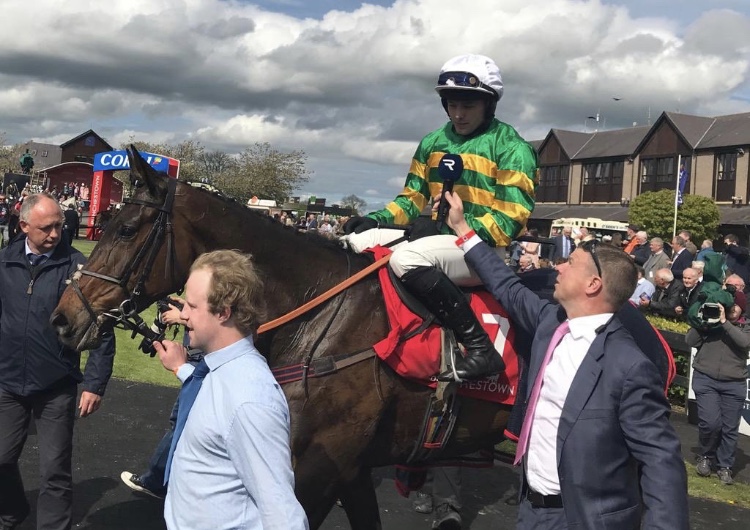 Jonjo O’Neill Jr rode his second winner in Ireland when Musical Slave took the Adare Manor Opportunity Series Final Handicap Hurdle for sponsor JP McManus on the second day of the Punchestown Festival. It was a strong ride from Jonjo Jr aboard the Philip Hobbs-trained horse.

Jonjo Jr’s first win in Ireland was also for JP McManus, on Dead Right at the festival in 2017.